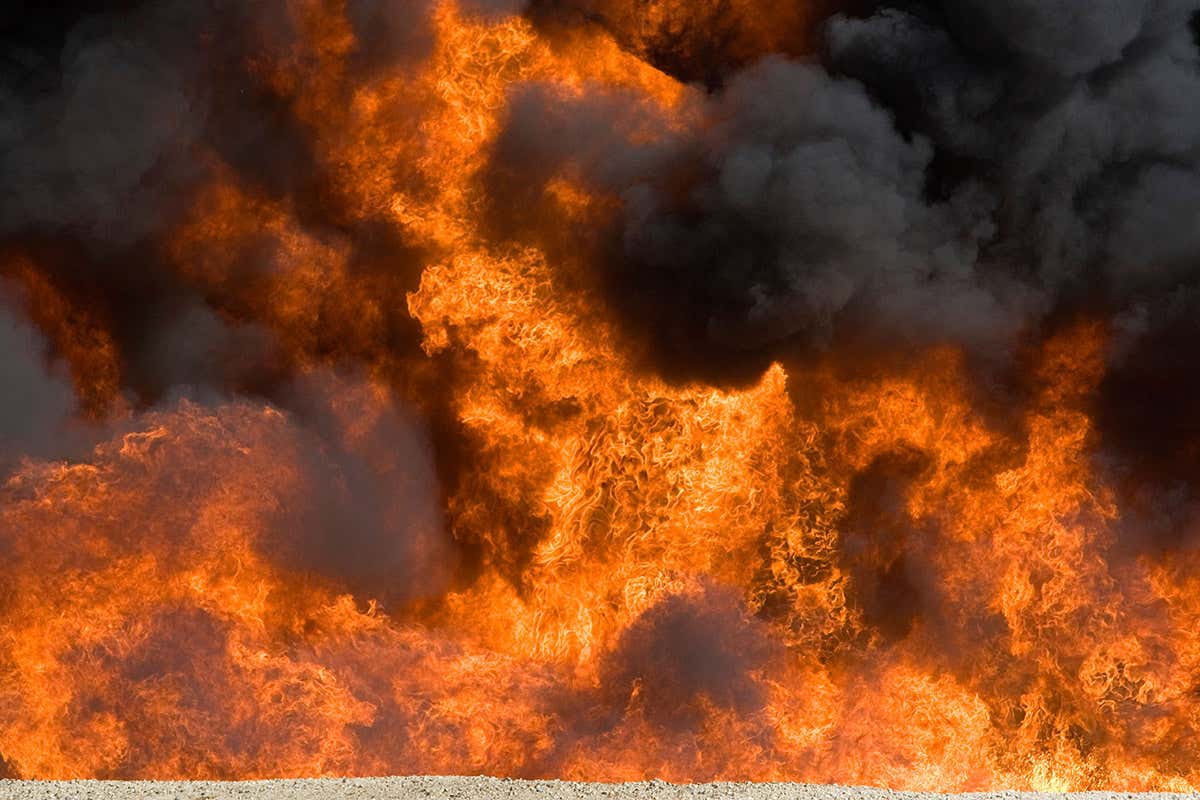 Throughout history, fire has been used for everything from signalling to cooking and propulsion. Flames are the result of a chemical reaction, which releases heat energy as light. Flames can be formed from a variety of fuels, including gases, liquids and solids. Fire can also be generated by lightning.

The chemical reaction that produces a flame is called exothermic, which means that the heat generated by the reaction is greater than what it takes to ignite the fuel. This produces a hot flame that is typically blue. Depending on the chemical composition of the burning material, flames can vary in color. Flames typically include oxygen, nitrogen, carbon and hydrogen.

Flames are produced by a chemical reaction between the fuel and oxygen in the air. The oxygen combines with the fuel atoms to form carbon dioxide and water molecules. The heat of the flame ignites these gases, which are less dense than the surrounding air. The gaseous flame then spreads upward. The heat released by the flame sustains the fire and keeps the remaining fuel at ignition temperature.

The heat from the flame spreads upward, igniting more and more surfaces. The fire also releases light, in the form of ultraviolet and infrared light. Some gases are able to emit light, but it isn’t as bright as the light produced by a candle. This is because the gases in a flame don’t have the same properties as liquids.

Flames also contain water vapor, which can be heated by the flame. Most flames are red or blue. The color depends on the chemical makeup of the burning material, the fuel ignition temperature, the black-body radiation, and the temperature at which the fuel and oxygen are exposed to. Several types of gaseous flames occur, including methane gas (commonly known as natural gas), carbon dioxide, and nitrogen.

Combustion engines, which can be used to ignite fuel, remove the flame in a variety of ways. Some of the methods include adding a catalyst, increasing the fuel input, and balancing the fuel input and the oxidizer input.